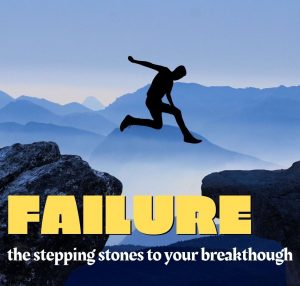 Failure is not an option.

This phrase is often associated with Gene Kranz, who was flight director for many of the Gemini and Apollo missions, including the near-disastrous Apollo 13 mission.

When the explosion happened on that mission, many at NASA thought it might end with the three astronauts not coming home alive. During their rescue preparation, Kranz supposedly made his heroic declaration to those making the preparations. 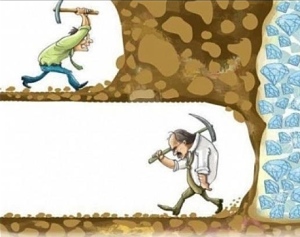 Indeed, from one perspective, failure is not an option. There are times you must win the race or reach the mark. In that scenario and many others, failure would simply mean disaster or catastrophe.

But let’s look at this phrase a little differently. Is failure ever okay? Does failure signal the end? What comes after failure?

You can bet that failure is not an option. It’s an absolute guarantee: You will encounter failure. In fact, failure litters the road to success. You won’t be successful, you won’t reach your goal, you won’t see the victory…unless and until you fail. Probably over and over again.

Sidenote: One reason the Apollo 13 mission was successful is that the men and women who pulled off the rescue had failed countless times. And they failed again and again in the hours prepping for the rescue.

All too often, though, failing and quitting are synonymous. People fail; people give up. No, your life isn’t over when you fail. But if you quit when you fail, you’re done. It’s over. Oh, you may not die physically, but giving up and throwing in the towel is mental and emotional death.

It’s why Benjamin Franklin said: “Some people die at 25 and aren’t buried until 75.”

Today more than ever, people live that life of existence after burying that dream, calling or aspiration and giving up hope.

Failure should never lead us to quit or give up. It should serve as the fertilizer for the next step. Indeed, failure simply means we haven’t found the best way. But if we learn from failure and defeat, success and victory are one step closer.

Failure is inevitable but is not the end. In fact, it is only the beginning. Failure and setbacks should never cause us to give up or quit. They must be the fuel for us to get back up, dust ourselves off and move on. Your most recent setback, failure, defeat, detour or dead-end is only the beginning to your success, future, victory, accomplishment or triumph.

Instead of giving up, use your latest failure as a stepping stone to get one step closer to your goal.