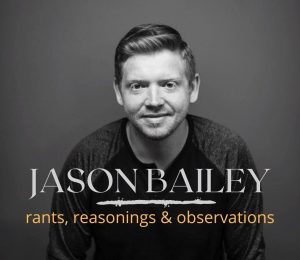 It’s during times like these that I am slow to speak and quick to listen. The hatred being spewed by Christians—licensed by ignorance—leads me to two thoughts:

As I said before, wisdom and discernment will be the spiritual currency in the coming years. “Anyone with ears to hear must LISTEN to the Spirit and UNDERSTAND what he is saying to the churches.” —Revelation‬ ‭3:6‬

This “my president…their president” thing is one of the most childish and unAmerican things I have seen in all of my life. Stop it.

We are currently raising a generation of young people whose primary source of social interaction is through a screen. Ask me again why anxiety, depression, and teen suicide rates are rising.

No 3-point sermon, 4-part series, or 12-step program can compete with one step toward the cross.

All relational conflict is rooted in miscommunication. Two different players on two different fields. The solution: leave your fields and find one where the goal isn’t winning but understanding.

When we start mapping Christianity to our interpretation of truth, we have a religion unto ourselves. Truth is absolute; it doesn’t need a commentator.

Just had a nice conversation with a friend about politics. We agreed on some things, disagreed on others. We’re still friends. It’s possible.

I remember sitting in my Multicultural class during grad school when the discussion briefly moved into politics. The hate and criticism that oozed from my classmates’ lips concerning Trump was the ultimate irony. Completely oblivious to the fact that some students had differing views, which was the point of the class.

I will debate politics all day, but I will never make you feel bad for your views. That is your right.

As a new administration steps up to the plate, I will pray for its success. I’ll never understand why some wish and hope for the failure of an American President. That’s foolish.

My call to all Americans: do not allow hate to inform your conversations. It will destroy you from within.